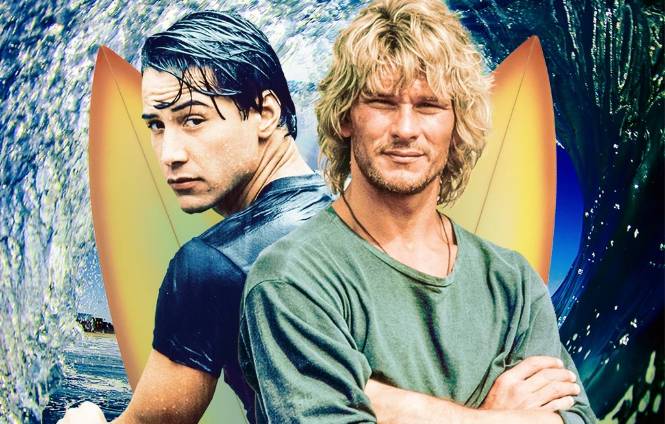 
What's Up Newp and The JPT present Point Break

Sponsored by Rejects Beer Co. who will be in-house doing tastings!

We Own Land to perform before the film at 6:30

Surfs up brah! Hit the beach by day and at night feel the adrenaline rush of Point Break on the big screen! Featuring live rock music pre-film by local band We Own Land!

After a string of bizarre bank robberies in Southern California, with the crooks donning masks of various former presidents, a federal agent, Johnny Utah (Keanu Reeves), infiltrates the suspected gang. But this is no ordinary group of robbers. They're surfers -- led by the charismatic Bodhi (Patrick Swayze) -- who are addicted to the rush of thievery. But when Utah falls in love with a female surfer, Tyler (Lori Petty), who is close to the gang, it complicates his sense of duty.

We Own Land maybe the best Rock N Roll Band that you’ve never heard of. They came together in January of 2010, consisting of Vocalist Craig Ferris, Dual Lead Guitarists Jonny Jones and Travis Ward, Dan Kinsella on Bass Guitar and Jim Stearns on the drums. Five friends from the same area, with overlapping yet distinctly different musical influences