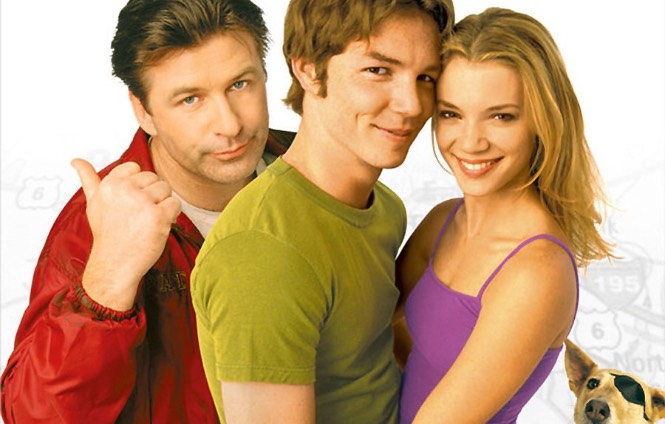 WHAT'S UP NEWP & THE JPT PRESENT OUTSIDE PROVIDENCE

Director Michael Corrente will be at The JPT to celebrate with us. He will do a Q & A after the screening. The Q & A will be hosted by Steven Feinberg, Executive Director of RI Film Office

Based on a novel by Peter Farrelly, published in 1988.Peter Farrelly is the director of the 2019 Oscar-winning Best Picture film Green Book.HE LOVES RHODE ISLAND! In fact he thanked the whole state when his film won the Academy Award

In this coming-of-age comedy, Tim Dunphy (Shawn Hatosy) is leading a go-nowhere existence, spending his days smoking pot and hanging out with his best friend, Drugs Delaney (Jon Abrahams). But Tim's lazy days of getting high are jettisoned after a brush with the law convinces his blue-collar dad (Alec Baldwin) to send him to a Connecticut prep school. The one saving grace of the new school is Jane (Amy Smart), a fellow student Tim falls for immediately.

Q & A after the film