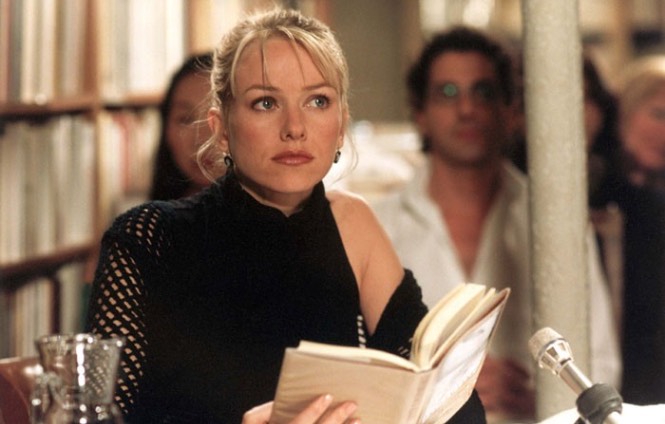 
James Ivory returns to The JPT on Sunday December 2nd for his fourth visit in our series.

Mr Ivory has selected Le Divorce to screen & discuss.   He will be interviewed on our stage by Morning Edition Host The Public's Radio's  Chuck Hinman.

3:00 Conversation on the stage with James Ivory hosted by Chuck Hinman of The Public's Radio, 89.3 FM

About the film:  When two American sisters become caught up in the intimate intrigue of Paris, cultures and human passions collide. Le Divorce follows the journey of Isabel Walker (Kate Hudson), a quintessential young Californian newly arrived in the City of Light to visit her pregnant sister, Roxanne (Naomi Watts). A darkly romantic poet, Roxy has just been jilted by her scoundrel husband, Charles-Henri de Persand, and it appears they are headed for "le divorce." Meanwhile, Isabel finds herself falling for a married French diplomat who just happens to be the uncle of Roxy's soon-to-be-ex! Based on the best-selling novel by Diane Johnson, Le Divorce is a new twist on the classic American-in-Paris theme.

About James Ivory, Merchant Ivory & 50 years of filmmaking: For many years Mr Ivory worked extensively with Indian-born film producer Ismail Merchant, his domestic as well as professional partner, and with screenwriter Ruth Prawer Jhabvala. All three were principals in Merchant Ivory Productions whose films won six Academy Awards. From Shakespeare Wallah, the bittersweet tale of a wandering theatrical company in India, which established the company's reputation in 1965, to the richly detailed comic masterpiece A Room with a View in 1986, and the poignant Oscar-winning film Howards End in 1992, Merchant Ivory has provided audiences around the world with thoughtful and beautifully crafted features, documentaries, and shorts.

Merchant Ivory's films have been praised for their visual beauty, their mature and intelligent themes, and the shrewd casting and fine acting from which they derive their unique power. Merchant Ivory is actually a collaboration of three remarkable people from three vastly different cultures: Ismail Merchant, the producer,( born in India; Ruth Prawer Jhabvala, the screenwriter, born in Germany and educated in England; and James Ivory, the director, born in the United States. The scope of their subjects is as broad as their range of locations. They have explored India's past and present in such features as The Householder, Bombay Talkie, and Autobiography of a Princess; the clash of cultures in Shakespeare Wallah, Heat and Dust, and The Europeans; the conflicts and anomie of a modern urban life in Quartet, Roseland, and Slaves of New York; and the struggle for self-discovery in The Bostonians, A Room with a View, Maurice, and Mr. and Mrs. Bridge.

Chuck Hinman joined TPR in 2012 after a career on commercial radio. He’s been a news director, music director, production director and morning personality on radio stations in Providence and Boston.
A native of New Jersey, Chuck attended the School of Journalism at the University of Missouri and graduated from the University of Vermont with a BA in Mass Communications.