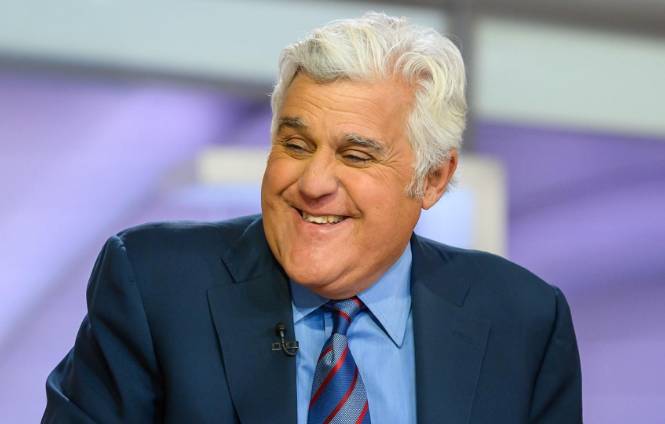 AN EVENING WITH JAY LENO SOLD OUT!

This one-night-only show will benefit a veteran Newport firefighter who is currently battling cancer. The firefighter just began his third round of chemo and is focused on fighting this with everything he has. For that sake of being overwhelmed with messages and media requests, he has asked not to be identified to the media or general public at this time.

Leno, who recently put down roots in Newport with the purchase of Seafair, heard of this  story and wanted to host this show in his new part-time hometown to support the first responder.
“Jay surprised us at the Firehouse Theater this summer by coming in and doing and impromptu set, says Frank Fusaro, Artistic Director of Firehouse Theater. “Being Newport's only full-time comedy venue, he really took a liking to the atmosphere and energy of our space. A few weeks after his pop-in he approached me about doing this charity event at the Firehouse. I was excited and humbled that he wanted to come back and bring such a special performance to our little theater and Newport. I immediately identified that our space wouldn't do this event justice with our limited seating. That was when we decided to approach Jane Pickens. It was sad that the event wouldn't happen in our space but we knew it was the right thing for the cause and the community. We are incredibly excited to be partnering with them on this”.

"We've had a strong working relationship with The Firehouse Theater and Jane Pickens Theater for many years. As all of this was coming together, Frank approached me for some advice and assistance and it was a no brainer to jump right in and help with the logistics and organization of this event in any way that we could," Ryan Belmore, Owner of What'sUpNewp said. "I hope that this fundraiser helps this firefighter financially, emotionally, and in anyway that he needs it right now, I know a lot of people are sending a lot of love his way during this time".

"How this event came together says a lot about Mr. Leno. I think Mr. Leno is going to fit right in here in this caring and compassionate community, Newport and Rhode Island are lucky to have him as a neighbor", Belmore concluded.

Doors open at 9 pm and Leno will take the stage promptly at 9:30 pm for one ninety-minute set. Seating is on a first come first serve basis, ticket holders may begin lining up in front of the Theater in an orderly fashion beginning at 7 pm.

Jane Pickens Theater's snack and beverage bar will be open before and during the performance in the lobby.